As a tuning into renewable and non-renewable energy, I really wanted to start with an activity that catches students’ attention and get them focus on the topic.

Here is the experiment we were doing in the classroom. It’s called Coal miners vs Wind farmers.
For start, I brought in some lentils (representing wind power) and some chickpeas (representing coal).

Before kids arrived in the morning, I spread the same amount of lentils and chickpeas all over the classroom.
When kids settled, I divided them into two groups. One were the Coal miners and the others were the Wind farmers. They were explained that “coal” looks like chickpeas and “wind power” look like lentils. Then I told them to look for their resource that could be anywhere in the classroom. Obviously nothing was hidden in drawers or any other tricky parts of the class.

Kids were given half a minute to find their resource then they had to gather, count and take notes of the amount they had found. While the teams were counting, I took a lap around the room adding some more of the wind power (lentils). After that they set to another search for another 30 seconds.
Again, they returned to their base and counted. And again, I added more lentils to the supply. 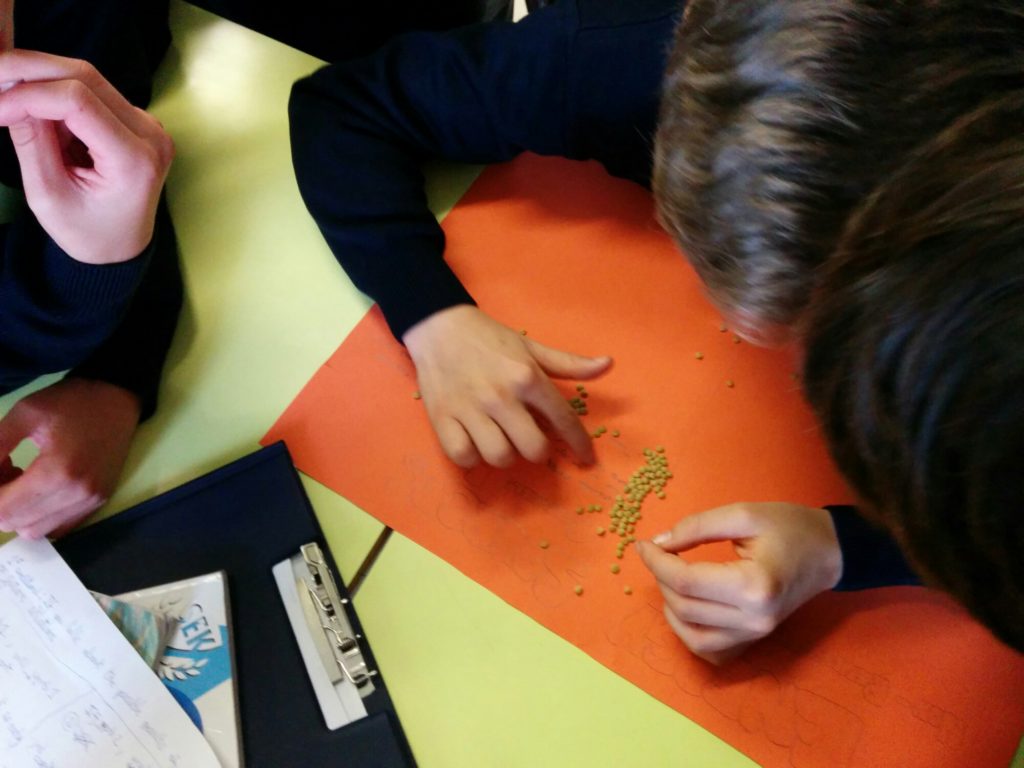 At some point, Coal miners started to complain as they noticed, I only threw lentils (wind power) but not chickpeas (coal). I told them it was not a competition but an experiment and we’d talk about it later.
As everything was recorded on the board it was easy to notice, the coal miners collected less and less coal with every round, while the wind farmers collected about the same amount of wind energy with every round. 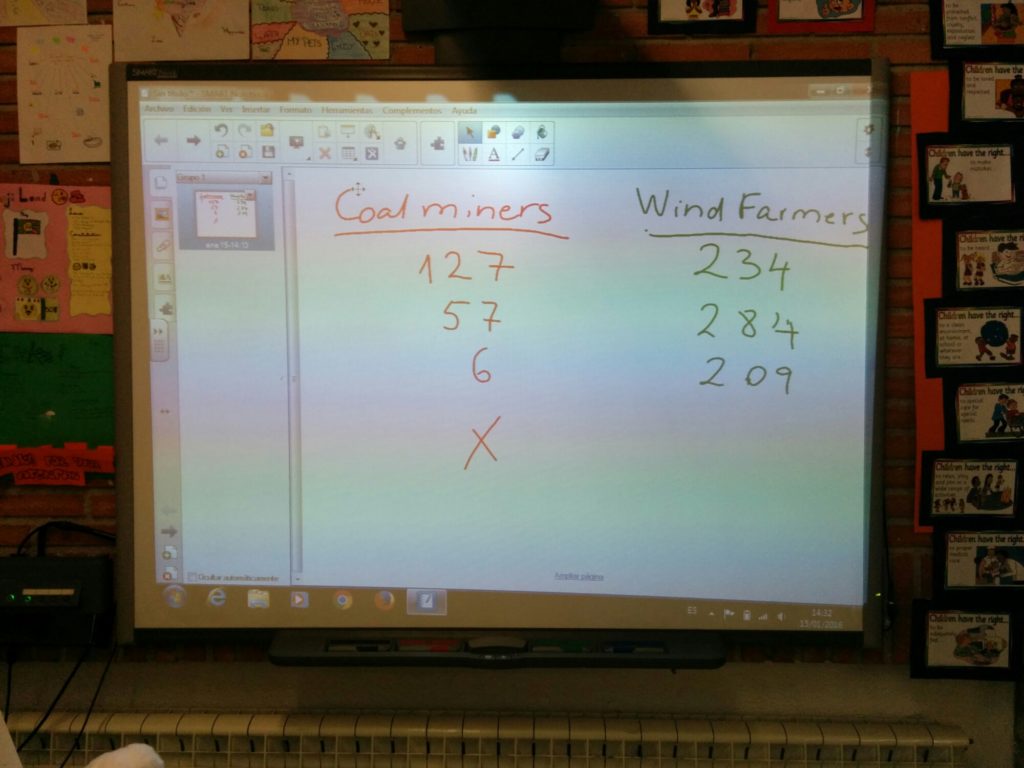 This was when the penny’s dropped and they started to understand the difference between renewable and non-renewable energy resources.
Although it became a bit messy and noisy, it was worth to start the topic with this little activity. It was an excellent conversation starter and after only a little discussion kids seemed to be more and more interested in the topic.
So real inquiry into energy has started.

I found a similar game some years ago on a science website that unfortunately I can’t locate now. I would like to say thank you and give them the credit for this excellent activity. Whoever finds the page, please let me know.